The sweet smell of freshly baked cakes filled the room, as a half-dozen workers did their part to make more.

One mixed ingredients, while another filled round pans with batter. As the cakes emerged from ovens, four more layered on fruit and frosting.

I attended The Boston Mania Fitness Pro Convention in Boston, Massachusetts. I had the opportunity to exchange fitness ideas with thousands of the best fitness moguls in the country.

Best of all, I renewed my FXP Hoop Fitness… Too many job seekers put their job searches on hold at this time of year, and that's a shame. December is a great time to job hunt!

Here are ten reasons why.

Hiring is based on budgets. Budgets are approved for a given fiscal year. December 31 is the most common fiscal year-end. Job opening budgeted for 2017 but unfilled… The latest announcement by this company is about its $2 million investment into a program that will see it offer grants to the Chicago non-profit organizations. Through its recent statement, the bank outlined that it remained committed to creating economic opportunities in Chicago’s West and South sides. It outlined that the grants were part of a $40 million… Code2040, a San Francisco nonprofit working to increase diversity in the technology industry, has raised $5.6 million to fuel a major expansion as it navigates a tense political climate.

The new funding from the John S. and James L. Knight Foundation and others comes as diversity advocates face a sharp backlash over their efforts to bring groups of people long…

Being fresher, candidates do struggle a lot to find a job. You can’t deny the fact nowadays you are not the only one who is hunting for a job, so it is quite tough finding a job you’ve desired. A successful professional, William Almonte says this. Teaming up with a reputed recruitment agency could be the way to solve the problem.… 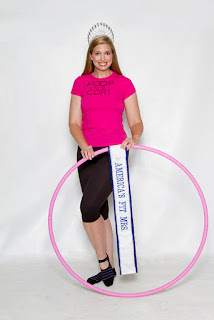 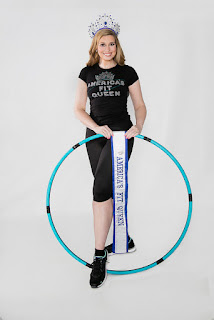 William Almonte - How To Arrange A Resume To Get More Job Opportunities?

Resume is the key elements which can unlock the doors of the numerous jobs. What is your efficiency, among all competitors what is your specialty everything should be added to the resume. William Almonte said that you should arrange your resume in a proper way so that among thousand copies it could catch the attention of the recruiters.… More than half of Latinos in the U.S. say applying to college was never discussed with them. This is according to a new survey that NPR conducted with the Robert Wood Johnson Foundation and the Harvard T.H. Chan School of Public Health. Researchers interviewed people from different racial and ethnic groups to gauge how discrimination affects their daily lives at home,…

How this company is helping hopeful Law students fund their dreams It’s a fact: women and minorities are underrepresented in the legal profession. Latinos for example, make up 18 percent of the population, yet comprise only 4 percent of U.S. lawyers. This coupled with Pew Hispanic Research’s report that 3.2 million Latinos living in the U.S. don’t speak English, begs the question who is helping Spanish-speaking Latinos navigate the…

Working for a more diverse workforce The energy industry is committed to making its workforce more diverse. Now and over the next decade or two, there’s great opportunity to realize that goal.

With 40 percent or more of industry’s worker base on track to retire by 2035, research indicates hundreds of thousands of women and minorities will help fill the ranks through the next decade and beyond.…

William Almonte – How Is Outsourcing Corporate Training Beneficiary For Businesses?

Corporate training is beneficiary for companies, in particular for start-ups. A compact training module can result in big difference in the performance of employees. With providing training to the new recruits companies also needs to introduce skill-based training module for existing employees. To avail comprehensive training modules, you need to appoint some specialized requirement training agency.…

William Almonte - Why Staff Training Is A Good Deal

Staff training is crucial for the betterment of businesses. Employees especially the new recruits need to undergo training modules or any on the job training. Recent surveys show that almost 40 percent employees who don’t receive on job training resign from their job. Incorporating training can improve overall employee engagement.…

Local Organizations Band Together to Host ‘Celebrating a Brighter Future'

Local Organizations Band Together to Host ‘Celebrating a Brighter Future,’ an Event Highlighting and Promoting Positivity in Chicago’s At-Risk Communities
Monterrey Security To Partner with BUILD Chicago and The Resurrection Project for Civic Engagement Event for At-Risk Youth…

To be or not to be Latinx? It is a word that has been both embraced and scorned by Latinos. It often sparks conversations about identity, gender and privilege. Its usage has led to innumerable social media spats, and the debate shows no sign of dying down. The word in question is “Latinx,” which some Hispanics are using as a more inclusive term for Latinos.

But do Latinos need a…

How to ask for a letter of recommendation At every professional stage in life (job searching, job switching, promotion seeking), there will come a time when you need to ask someone to write you a letter of recommendation.

Though not as common as they once were, many would-be employers still want to know that someone vouches for you. Time Inc. (NYSE: TIME) is set to deliver unparalleled access to the U.S. Hispanic audience with the launch of Time Inc. Latino. This new digital platform incorporates all of Time Inc.’s brands, which connect with two thirds of Hispanic adults in the United States.

Time Inc. also has the largest digital reach across the Hispanic media landscape, with an audience…

William Almonte - What Are The Hidden Policies Used By The Corporate Recruiters?

Don’t you have wondered how the corporate recruiters find the talented candidates? Recruiters have their own special method to find the talented candidate and recruit. The candidates are completely unaware of the method. There are some hidden policies used by the corporate recruiters. Basically, the aim of the recruitment policies is to ensure that an unbiased recruitment selection will be processed. On the base of the merit the selection is done. According to …

William Almonte - How Do You Need to Update Your Resumes To Get More Job Opportunities?

You need to refresh your resume with more updates throughout the year because opportunities may knock anytime! You can add your current accomplishments to your resume to highly impress the recruiters said by William Almonte. If you are updating your resume, may be you are confused what can you eliminate and what should be added to it. Don’t worry here are some tips on how do you update your resume.…