When Miguel García-Garibay came to the University of California, Los Angeles, 25 years ago, he was one of just a handful of Hispanic professors in top U.S. chemistry departments. And that hasn’t changed.
“Over a quarter of a century I haven’t seen a significant increase in the number of Hispanic and Latino scientists in top-ranked institutions,” he says. “I think…

Recruitment is such a process that has given its effect among you people. You the people of the post teenage are very much known to this term. You may have gone through the recruitment process before getting a job. But have you ever thought that why such headache is taken just to recruit a single or some more employees. This article is here to discuss about all such things. Here you will get to know about the strategies of recruitment, process of recruitment. The company may hire… Let’s face it: your job search isn’t going to be easy. It will require perseverance, confidence and the ability to handle uncertainty and stress. While there are people that can support you in this process and lots of wonderful advice on “Carpe Careers,” it is up to you to take charge of your career.

Being able to plan and act on your career and professional… Latinos say institutional discrimination, including discrimination while trying to vote or participate in politics, is a problem in America today. However, when asked, many Latinos reported feeling better about their local government.

That's according to a new survey out this week from NPR, the Robert Wood Johnson Foundation and the Harvard T.H. Chan School of…

At the season of a meeting, an immaculate looking resume is constantly introduced before the questioner, which features the accomplishments and positive characteristics of the hopeful. Regardless of a flawless duplicate of the applicant’s educational modules vitae, an expert scout or boss is dependably observed to be slanted on finding the individual behind the competitor, diving past his or her announced bio information.… Latinas are among the most adversely affected by the gender pay gap, earning just 54 cents to the dollar earned by a white male, yet according to the U.S. Census they are contributing to over half of the overall U.S. population growth. For that reason, the Labor Council for Latin American Advancement (LCLAA), the National Hispanic Leadership Agenda, the AFL-CIO, and… 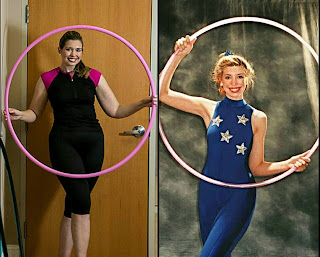 5 reasons you should quit your job With the holidays and new year approaching, it will soon be the season people pause to reflect on their life, and evaluate their personal and professional goals. After a year of dissatisfaction in their work, this is the time of year people resolve to do something about it, whether it is to stay the course with a particular job or a particular company, or to move to a… Who are Wisconsin’s innovators? Meet these movers and shakers – and learn what drove them to put new ideas to work to solve problems and improve service to their clients and communities.

Latinos speaking Spanish at home drops over the last decade The share of U.S. Latinos speaking español at home has gone down in the last 10 years, according to an analysis of Census Bureau data by Pew Research Center.

While the share of Latinos who speak Spanish at home has declined, there are…

William Almonte - Things To Know Before Starting Career In Recruitment

It is very important to know about thing that is new to you. If you are using anything new then you should take sufficient knowledge about that product. If you are are starting up with anything present in the world you should take proper information about that thing. This statement is also applicable for a job or a business also. Today this article is here to provide you some information about the job of recruitment. If you are in the profession of recruitment and you are suffering with…
Continue