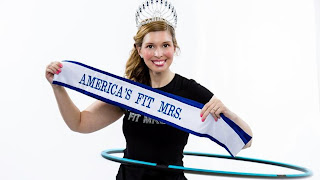 Cori Magnotta has been named the new Miss Infinity Europe! The Miss Infinity pageant is for women who promote goodwill & serve our communities for making our world a much better place! The pageant awards preliminary titles based on family heritage, not physical location. Cori Magnotta’s platform is ‘Hope and Health with Hypothyroidism’. Mrs. Magnotta has suffered from Hypothyroidism since the birth of her son in 2014 and is caused by a tumor on her pituitary gland that grew during pregnancy. Cori does not let this get her down and says, “Life is not about the cards you are dealt, but how you play them!” Cori Magnotta used her diagnosis as a springboard to not only get herself healthy, but others as well. Since her diagnosis, Cori herself as lost 85 pounds and then became a Certified FXP Hoop Fitness Instructor to inspire others to find fun with fitness. “If it’s not fun, you’re not going to do it” Magnotta says. Cori strives to make her class feel like recess, with fun music, hula hoops and even games! 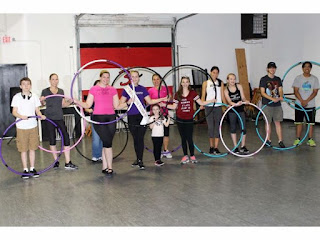 Cori Magnotta briefly describes her class exclaiming “We play hot potato and even kick a ball around while hula hooping! Everyone leaves sweaty, but with a big smile on their face, which is the most important part!” The newly named Miss Infinity Europe, Cori Magnotta, will compete for the international title, Miss Infinity sometime in 2018, date to be determined. Being no stranger to pageantry, having held over a dozen titles over 2 decades and most recently America's Fit Queen 2017, Cori Magnotta will be one to watch!