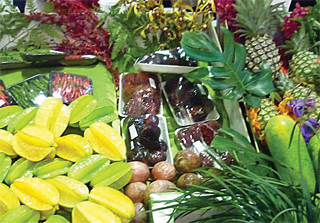 According to the U.S. Census Bureau, 9.6 million Hispanics called the United States home in 1970. Since then, the Hispanic population has grown tremendously every decade.

In 2010, when the last census report was issued, 47.8 million Hispanics lived in the United States.

Even more amazing is that the Census Bureau projects that by 2050, over 100 million Hispanics will reside in the United States.

Among the states with the largest reported Hispanic population are California, New York, Texas and Illinois.

Just like the Italian, Irish, Greek, German and immigrants from other countries in the early half of the last century, Hispanics have brought their cultures along with them, including foods that have been a part of their lifestyle for hundreds of years.

Many Hispanics were raised on root vegetables like yucca, malanga and boniato, and a fruit cornucopia that includes plantains, bananas and mangos.

“To Latinos and Asians, who are no strangers to tropicals, the larger displays in more mainstream supermarkets are welcome,” said Mary Ostlund, director of marketing for Brooks Tropicals in Homestead, FL. “These displays make Hispanic shoppers feel more welcome in the stores, and that is opening the way for more sales to this growing market.” READ MORE