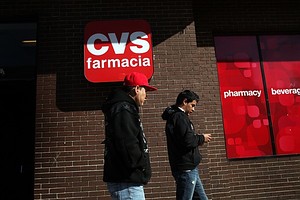 As we approach the second half of 2012, we’ve been looking at how consumers are feeling about their lives. What excites them, what they’re afraid of and what they think about the whirlwind political environment that ceaselessly dominates the conversation in America – be it mainstream news media, the blogosphere or social engagement.

Against this backdrop, we asked Hispanics and non-Hispanics across a variety of geographies and segments: Republicans, Democrats and Independents; gender and age cohorts; influencers and non-influencers alike, how they felt about these and other subjects.

Some of the things we learned were surprising, such as that for all the chatter among the pundits, people across the gamut felt that things like immigration were a non-issue in their lives. Based on our findings, here are five things that every marketer who engages Hispanic audiences (which means everyone) should know – and importantly, how to act upon it to win for your business. READ MORE

The Republicans are committing political suicide by catering to the xenophobic vote. Assuming that Latinos will vote for the candidate promising the most free taxpayer money shows how out-of-touch the mainstream media and a lot of American politicians from both parties are with voters in the Hispanic community.

If the Republicans would talk about social issues and economic issues and drop the endless ranting about immigration I would almost guarantee they'd receive 60+ percent of votes from Latinos. That said, those advising them apparently don't get it because the message remains more of the same, and those GOP candidates and office-holders who do attempt to be the voice of reason are lambasted by conservatives in the media for being too lax on immigration.

The Democrats appeal is that they don't care about the immigration issue and don't come across as xenophobic --- at least not on the surface. Not that I'm in the country illegally. I was born in America. My father and maternal grandfather were not, but both are now citizens.

I know I for one am not the least bit motivated by the idea that I might get some money that someone else earned. I wouldn't even take it if they tried to give it to me. If I cannot earn it, I do not deserve it.

All that said, I find the Democrats' contention that Latinos are somehow too stupid to get a driver's license or some other form of photo ID to be both racist and extremely offensive.

So how will I vote in the upcoming Presidential election and the congressional races slated for the ballot in November? I've not yet decided, and may or may not reveal the decision publicly when I do arrive at a conclusion.

Read more…
According to a 3-year time series analysis of the Latino Policy Coalition's (LPC) nationwide polls (conducted in April 2006, Sept. 2006 and July 2009), Democrats have increased their ratings on top Latino priority issues like healthcare reform,immigration reform and jobs and the economy. "This data shows that Congressional Democrats continue to achieve strong credibility with Latino voters," said LPC Chair Jim Gonzalez. On healthcare reform: Democrats in Congress hold a 45-point advantage over Congressional Republicans (60% Democrats, 15% Republicans) when it comes to health care and prescription drugs. The gap between Congressional Democrats and Congressional Republicans has only grown wider since April 2006 when Democrats had a 43-point advantage (Democrats 61%, Republicans 18%). READ FULL STORY
Read more…