Nely Galan has done it all, going strong, and is still doing more. As the former President of Telemundo, she was the first Latina to head a television network. Since 1994 she has operated her own media company, Galan Entertainment, which has helped launch 10 groundbreaking television channels in Latin America, produced an amazing 600 episodes of programming ranging from reality shows to sitcoms and telenovelas to talk shows. And, for 15 years Nely has owned a real estate development and investment company, which has residential and commercial holdings in multiple states.

As a public speaker Nely is well known for her powerful crowd-pleasing presentations on the Latino market, entrepreneurship, and Latina empowerment. In making the announcement, USHLI President Dr. Juan Andrade said, "Nely is the personification of Latina empowerment. We are excited to have her as our conference kick-off speaker and looking forward to her keynote address with great anticipation."

A firm believer in education and self-improvement, Nely recently completed her Doctorate in Clinical and Cultural Psychology.

Join USHLI and HispanicPro for one of the most important nights of business networking in Chicago.Connect with top influential leaders in business, education, government & politics from the state of Illinois and across the country attending the United States Leadership Institute 31st National Conference. 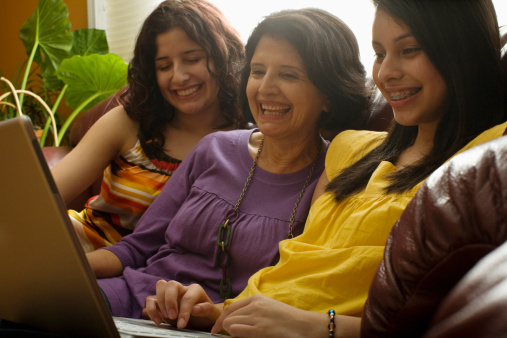 It’s becoming difficult to keep track of how many media companies have made the same announcement lately: We’re launching a website/television network/social media campaign for a Latino audience, but in English.

Just in the last year-plus we’ve seen the launch of English-language digital ventures like Fox News Latino and HuffPost Latino Voices. A partnership between the latter and AOL has been involved in launching Spanish-English hyperlocal Patch Latino sites.

This week brought reports that Univision and Disney were working together to produce a 24-hour news channel for Latinos in English. It also brought the launch of Voxxi, a English-language website for “acculturated Latinos” headed by an editor from Spain’s EFE news agency. It’s one of a host of English-language sites, some more professional than others, that have launched in the past couple of years with the goal of reaching, well, acculturated Latinos.

There are other ventures in the works, most with an emphasis on digital content. What gives, and why now? Giovanni Rodriguez is a social-technology and marketing expert with Deloitte Consulting who studies and writes about the Latino media market. In a short piece last week for Forbes, he wrote about how media companies are “beginning to gain a finer grasp of the Latino population,” including their language and engagement preferences. Here, he provides details. READ MORE