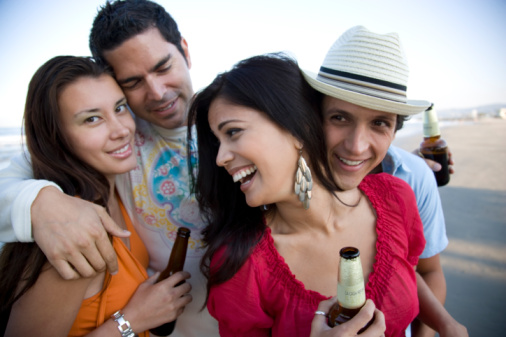 Any industry looking for major growth in the U.S. market can't ignore Latinos, who make up 16 percent of the U.S. population. As the Latino population grows, beer marketers are trying more nuanced ways of influencing this key segment.

"They love beer," says Jim Sabia, chief marketing officer for Crown Imports, which distributes Mexican beers including Corona and Modelo. "Hispanics are 19 percent more likely to purchase beer than the rest of U.S. consumers." On top of that, Hispanics will make up a large portion of the legal drinking-age population in the future.

Mexican brands would seem to have a leg up with the Latino market. But Bud Light is the No. 1 beer of choice. Corona is No. 2. For the most part, the way all of the brands have tried to reach Latinos is through Spanish TV and radio, sponsorships of Major League Soccer events and concerts.

Juan Tornoe — whose favorite Mexican beer is Pacifico — is a marketing consultant based in Austin, Texas. Originally from Guatemala, he has watched the beer industry court Latinos for years, with mixed success. He points to a Corona campaign from 2008 called "Nuestro orgullo. Nuestra cerveza," or "Our pride. Our beer." Tornoe says it backfired. READ MORE