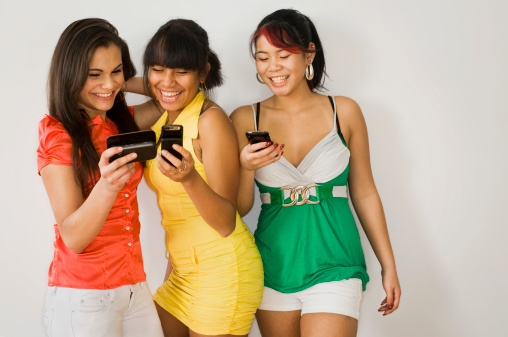 It’s no secret young people live on their cell or smart phones, but for Latino youth –that rings even truer. A new report written by Mobile Future and the Hispanic institute underlines young Hispanics and new generations of Americans spend heavily on mobile broadband technology – $17.6 billion on mobile devices and more than $500 million on mobile apps in 2012.

The report Hispanic Broadband Access: Making the Most of the Mobile, Connected Future notes that the legal immigration of people from all over Latin America has actually been a significant factor in American Hispanics’ embrace of mobile broadband.

As it turns out in many developing nations, infrastructure problems actually limit the ability for landlines to be used, as a result home internet is not common. This has actually fostered more creativity in how people engage with the internet. As a result accessing the internet using cell phones is actually much more popular. When legal Hispanic migrants arrive in the United States they do so having grown up accessing the internet on their mobile phones. Transitioning to smart phones and other similar devices is actually easier for this population of immigrants. According to the report this partly explains why immigrants are more likely to have mobile phones even if they have relatively lower incomes than the average U.S. resident. READ MORE