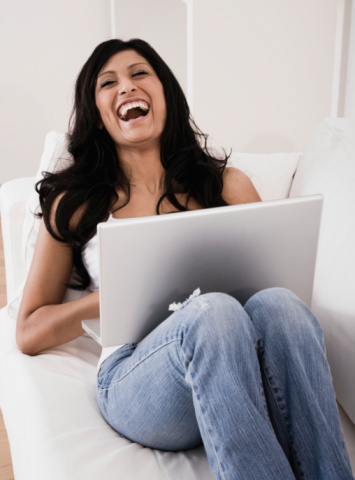 The "Latin doll" stereotype is getting a makeover, and although stilettos might be part of the new outfit, the smartphone and laptop are essential items.

The digital Latina is taking social media by storm, over-indexing other demographic groups in the growth and use of social media, from twitter to social network sites. Around 2009, the blogosphere witnessed an explosion of Latina bloggers. Today, Blogs by Latina, a blog directory, has over 1,600 entries, since launching in 2009.

This proliferation of Latina blogs makes total sense. Historically, Latinas have been silenced by circumstances or lack of a socialcultural podium. Who she is and what she wants have been defined by caricature archetypes constructed by traditional mass media. She has no diversity on television and print, often existing as either a sexy, loud and passionate girl or an older, submissive, heavy-accented woman.

But the emergence of social media has offered fertile grounds to Latina women craving to self-express and redefine her image. It's become an effective platform to amplify her voice, thoughts, opinions and views. She's creating her own content and writing her own story. Through blogging and online publishing, she's producing a collective of digital voices that is honest, real, smart and empowering. The result? An illumination of the pluralistic identify of Latinas. READ MORE