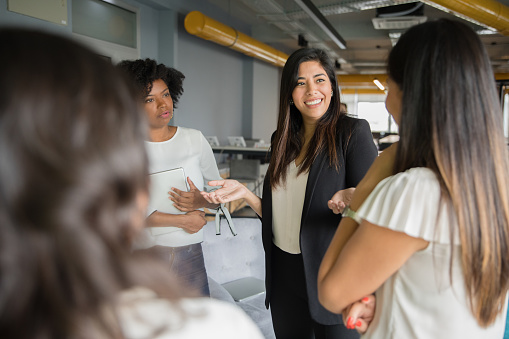 For all businesses, but particularly smaller teams and start-ups, networking is essential to building relationships and gaining opportunities to grow the business. These opportunities are more than just referrals for new customers. Networking is a popular way to share ideas and collaborate with fellow business owners. But, networking is a true art form and there are definitely some ‘do’s and don’ts’ to consider for it to be successful. Here are some tips to help you on your way to becoming a networking pro. READ MORE AT FINANCE MONTHLY More than being an excuse to treat oneself to nachos, tacos, mezcal and margaritas, Cinco de Mayo has a history that runs deep and continues to serve as a vehicle conveying Mexican culture, pride and values.

Here are a few things to know about the day. READ MORE AT THE NEW YORK TIMES Entrepreneurs rely heavily on the networks of contacts and communities they form at industry events, conventions, business lunches, etc. The problem? We have been following the social distancing rules for Covid-19 for more than 15 months. READ MORE AT ENTREPRENEUR 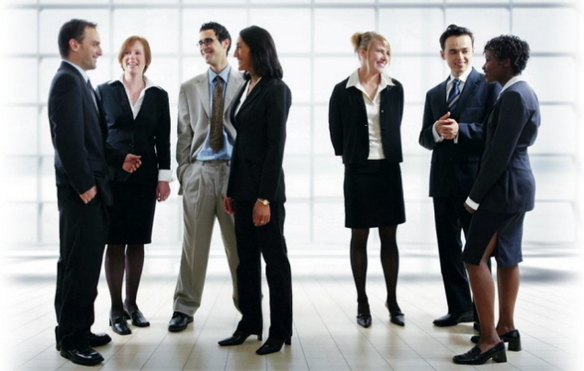 Networking. A word that can summon fear into even the most resilient of entrepreneurial hearts. However, little else can grow your business as powerfully as networking can.  At its core, networking is the process of building relationships. Over time, these relationships will reveal interesting and worthwhile opportunities for you. READ MORE AT BUSINESS2COMMUNITY Networking… many people see it as a necessary evil in the business world, and for some it can be difficult to master. Networking connects people with one another, sparking new ideas, forging new partnerships, and making an event worth attending. Sounds great, however, the problem with networking is that it can be, well, awkward. If you’ve ever turned up to a gathering as a “newbie” or first timer, you’ll know the feeling of hovering by the doorway, not knowing who to approach or where to begin. READ MORE AT SUNDAY BUSINESS POST You’ve likely attended a speech like this, eager to get a word in with the presenter. But it’s easy to forget that people are busy, especially those who are more high profile (and giving speeches to thousands of people) or have been in the business for some time. They’re constantly bombarded with requests to meet or give advice, but occasionally someone cuts through. How?

To help you work a room and achieve more than just a handful of business cards, follow these pointers: READ MORE AT FORTUNE 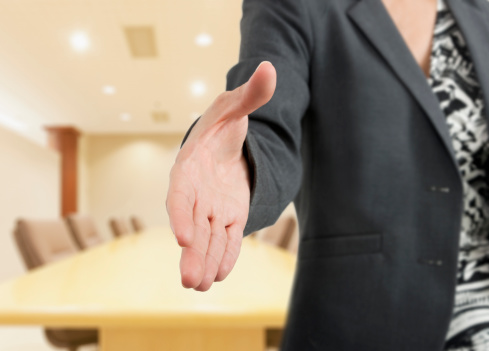 If you desire to move forward in your career, you’ll need to brush up on your networking skills. The thought of interacting with people you may not know very well and selling what you have to offer may be nerve-wracking, but it’s a necessary evil if you want to make meaningful career moves. How do you network without making a bad impression? The Cheat Sheet consulted Vicki Salemi, a careers expert at Monster, and Chelsea Krost, brand consultant and host of The Chelsea Krost Show, for advice on how to put your best foot forward. Here are the top networking mistakes you need to avoid at all costs. READ MORE AT CHEAT SHEET Networking can feel a bit like going to the dentist: You know it's important to your overall career health, but it can be so painful. So it’s understandable that you might want to take a no-nonsense approach to these events. Your time is in short supply, and really, we’d all rather spend whatever’s leftover from a 4060-plus hour workweek at happy hour with friends, not chatting it up with random strangers. Yet, as tempting as it might be to get straight to the point with your laser-focused career questions, that tactic might not be serving you well in the long run. READ MORE AT REFINERY 29 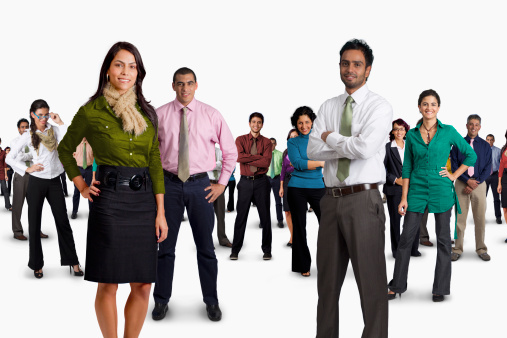 Business life has always been about connections. Business leaders spend decades building and cultivating those relationships. They cherish their networks because they know it's their most valuable asset. And they're not about to do anything stupid to jeopardize them.

Unfortunately, you may be doing just that. If your networking strategy is simply to grow it, then you're likely doing more harm than good. Contrary to popular wisdom, bigger networks are not necessarily better networks. There are pitfalls I see too many of you falling into, these days.

Here are four ways to building and maintaining a network made up of strong, quality relationships that will last forever. READ MORE Need a job? You need to network. Have a job and want to keep it? You need to network. Networking should be a career-long endeavor that is just as important as performing your job in an excellent manner. Here's why. First, if we have learned anything over the past four years, it's that job security does not exist - if it ever did. One big economic downturn - or any number of other variables you cannot control - and you could find yourself sending out resumes and hoping for a call.

Once you get that job, if you are not moving forward, you are moving backward. Career success is often found by moving up, and if you've been in the business world long enough, you know that the person most deserving of the promotion does not always get it. Sometimes, it's the "schmoozer." READ MORE 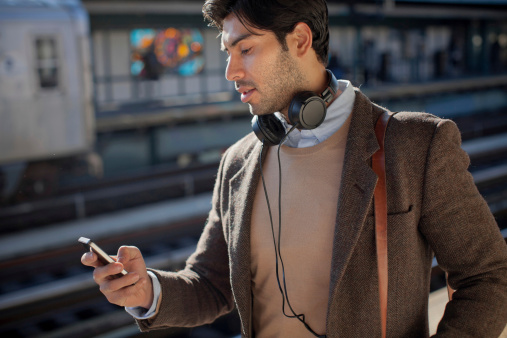 There is no one more hashtag happy or "Like" giddy than the average Hispanic online.
Hispanics are the most active group on social media networking sites, according to a new Pew Report, reinforcing the importance of this young demographic to the future of mobile advertisers, web-sites, and apps.

According to the survey, 80 percent of Hispanic adults in the U.S. use social media, that's more than whites (70 percent) and African Americans (75 percent).

The survey shows an increase from 72 percent of Hispanics in 2012 to 80 percent now, an increase of 8 percent. READ MORE 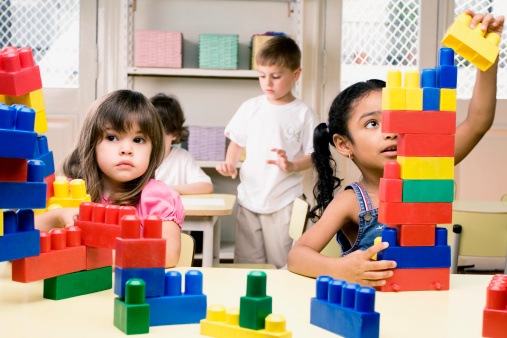 Eventually, the child will interact with the strangers, finding some point of common interest -- the same yellow shovel, a cute flower on both their dresses. She doesn’t mind if they’re boys or girls, black or white. She doesn’t ask about religion or politics. She just finds something in common and makes a new friend.

It’s remarkable, really. And according to research on the science of networking, it’s something that adults should be emulating.

The sad truth is that people instinctively gravitate toward people like themselves. This is the easiest way to form associations -- we know that people like us will share the same norms. And if they broadly share our opinions about the world, we won’t have to deal with too much conflict. Sounds great, right? READ MORE

Andrew Sund is the President of St. Augustine College (Chicago), which for over 30 years has been serving the higher education needs of the Hispanic community. He assumed office on July 1, 2008.

During his five years as president, St. Augustine College’s enrollment has increased by 39%. Additionally, under his leadership the college opened a new site in Southeast Chicago, developed new programs, strengthened accreditation and has guided St. Augustine from a period of turbulence into one of stability and success. President Sund has raised the level of recognition and prestige of St. Augustine, making it a respected advocate and player in the Hispanic and general community in the Chicagoland area.

He was born in Venezuela and lived in Chile, Mexico, Mozambique, Swaziland and Tanzania before settling in the United States. In addition to English and Spanish, Sund is fluent in three other languages.

President Sund began his career at St. Augustine College where he served in various functions, including faculty, Director of Institutional Research, Associate Dean for Curriculum and Assessment, Associate Dean for Student Services, and Interim Dean of Academic Affairs. He also worked at Olive-Harvey College, one of the City Colleges of Chicago, as Assistant Dean for Research and Planning and Dean of Workforce and Community Education.

David Gomez — the award-winning founder, C.E.O, and President of David Gomez & Associates, Inc — demands excellence across the areas of executive search and corporate board placement. His expertise in diversity consulting also has earned him a consistent and prominent presence in the pages of national and trade publications including the Wall Street Journal as well as Latino Leaders and Dinero magazines.

Under Gomez's leadership, DG&A has established strategic relationships with the nation’s leading companies, providing them with the talent critical to continued business success. Gomez and his team have assisted organizations -- spanning the Fortune 1000 -- with tough-to-fill assignments in Healthcare, Government, Consumer Goods, and Non-Profit organizations. Recently, with the Healthcare System reform, Gomez has been instrumental in helping billion-dollar healthcare organizations take advantage of our Inclusive Methodology platform to deliver diversity at the most senior level to represent the patient population they serve.
David was appointed as the Chair of Board Nominations on the Board of the Directors for the United States Hispanic Chamber of Commerce after identifying its new CEO, Javier Palomarez. David also helped the formation of the New America Alliance (NAA), an organization of Latino business leaders, and co-founded the United Community Bank of Lisle, which, since its inception in 2002, had grown into a $400-million organization.
David Gomez received his Bachelors of Arts in Liberal Arts at Saint Xavier University in Chicago, Illinois in 1974. Gomez has also completed University of Chicago’s Corporate Responsibility Program and Harvard Business School’s Best Practices in Corporate Governance curriculum. Also, as the Corporate Board Chairman of the New American Alliance, Gomez was instrumental in the joint venture between HACR and NAA to create the first Board of Directors Program at the University of Southern California’s Marshall School of Business.

Edna Schmidt has been recognized for her versatility, professionalism, and dedication as a news correspondent and anchor throughout a professional career that spans more than 20 years. During this time, she has covered several historic events, including the September 11th terrorist attacks in New York, the anthrax attacks, and the execution of Timothy McVeigh, the Oklahoma City bomber. Schmidt has also covered two World Cups, as well as the 5th Summit of the Americas, where leaders of the region had their first encounter with the President of the United States, Barack Obama.

With over 20 years of serving the Latino community through organizing, capacity-building, and economic mobility program and policy work, Simon has advocated for equal opportunities for Latinos to contribute to and benefit from our nation’s economy. He has helped establish innovative programs and partnerships across the country that prepare current and future Latino workers for high-demand career opportunities, designed national initiatives that promote education achievement and skills attainment, and worked with policy-makers, elected officials, and other key stakeholders to improve public workforce and education systems.

Simon has served on numerous local and national advisory groups that strive to ensure that Latino workers have access to meaningful education and training leading to economic stability. He continues to be actively engaged in dialogue and collaboration efforts with the White House, federal agencies, corporations, and nonprofits to shape national strategies around education and workforce development.

Time is running out to secure your ticket for the Hispanic Heritage
Month Kick-Off Networking Celebration this Friday. Don't miss out! 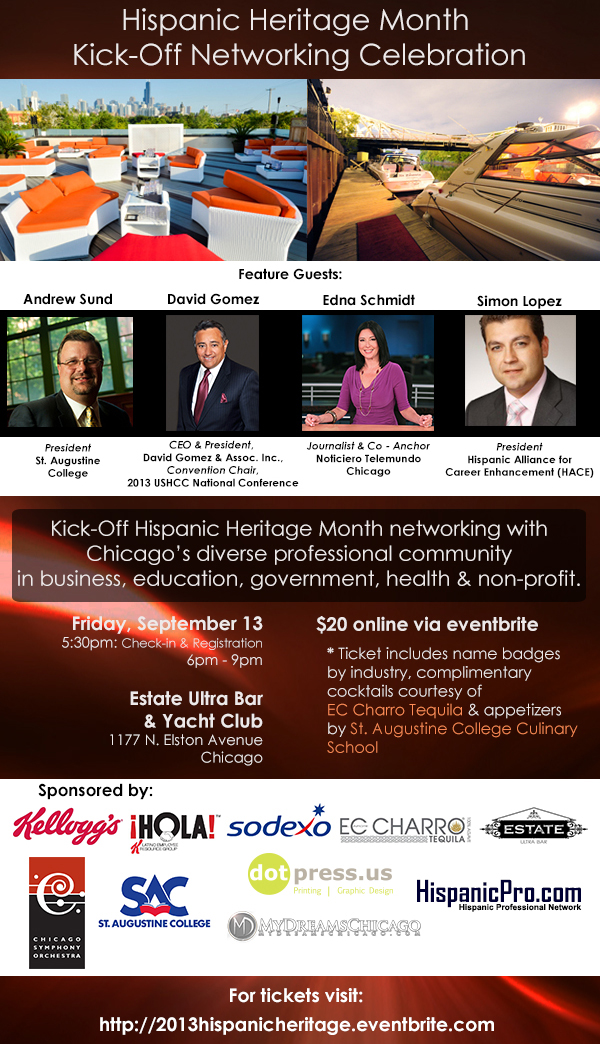